Steve Wilson, Crescent's Chairman, asks newly elected Governor Malloy a question about regulations in the State of Connecticut. In the foreground is Dick Hrinak, Crescent's President.

This summit is a large annual event with hundreds of business and political leaders in attendance including numerous media outlets. 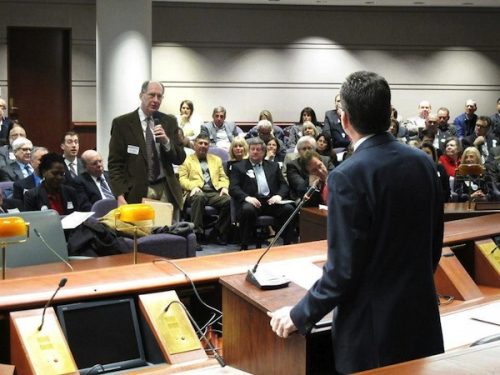 This was Governor Malloy's first public appearance following his inauguration.

For more information about the Connecticut Business & Industry Association and the Economic Summit and Outlook, go to www.CBIA.com.